Praise the LORD, who is my rock. He trains my hands for war and gives my fingers skill for battle. Psalm 144:1 NLT 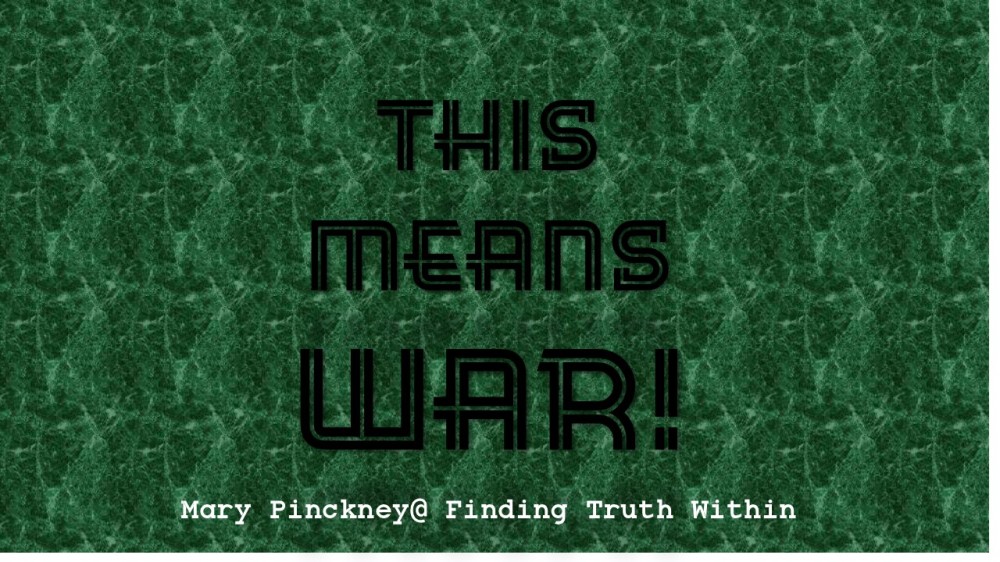 If you are to see victory over the obstacles you are currently facing, it will take you learning the battle strategy from the one who knows best. God has strategic weapons to dismantle every attack of the enemy. We find this true throughout the Old Testament readings.

Joshua won the battle of Jericho by marching around the city 7 times, then releasing a loud shout. Gideon was told he had too many men for the battle. He was then instructed to take 300 men with him. As they went blowing their trumpets, the Lord confused the opposing army and they began to fight themselves.  Jehosophat was told by the Prophet of the Lord, you will not have to fight in this battle, the Lord will fight for you. They proceeded to battle worshipping their God and the other army began to destroy themselves.

As you can see from these accounts, God does not fight like we fight. His weapons are much greater than ours. They are weapons of mass destruction; tearing down every stronghold, piercing between soul and spirit, between joint and marrow. It exposes our innermost thoughts and desires.

Today, instead of cowering down to the enemy of doubt, fear and insecurity. Instead of giving into the temptation to quit. Instead of allowing the whispers of the naysayers stop you in your tracks, I encourage you to fight back! You must stand and gird yourself with the full armor of God. Endure hardness as a good soldier and see those very obstacles demolished in your path.

When you allow God to be your defense, your strong tower, He can perfect all things that concern you.  After all, He has already equipped you with the weapons that work; prayer, worship, and the sword of the spirit which is the Word of God.

Father, thank You for teaching our hands to war. Too often, we fight from a place of our own strength not fully relying on, leaning into, and trusting You.  As we begin to change course, thank You for Your patience with us. Thank You for your power being made perfect in our times of weaknesses. May we look to You when we are weak to help us win the victory in every area of our lives. In Jesus name Amen.